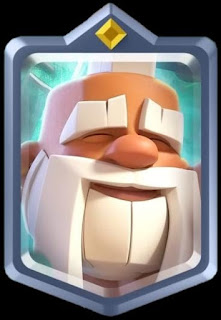 The Silent Sanctuary can be used to unlock the Monk, a Champion card (Arena 18). He has a lot of HP points but only average damage. He resembles the Hog Rider in appearance, with the exception that his mohawk, beard, and eyebrows are white, he has a long moustache, and he dons a red kilt, a mala, and a cincture. The deployment of a Monk card costs 4 Elixir, and using his ability costs an additional 1 Elixir. 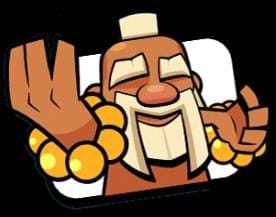